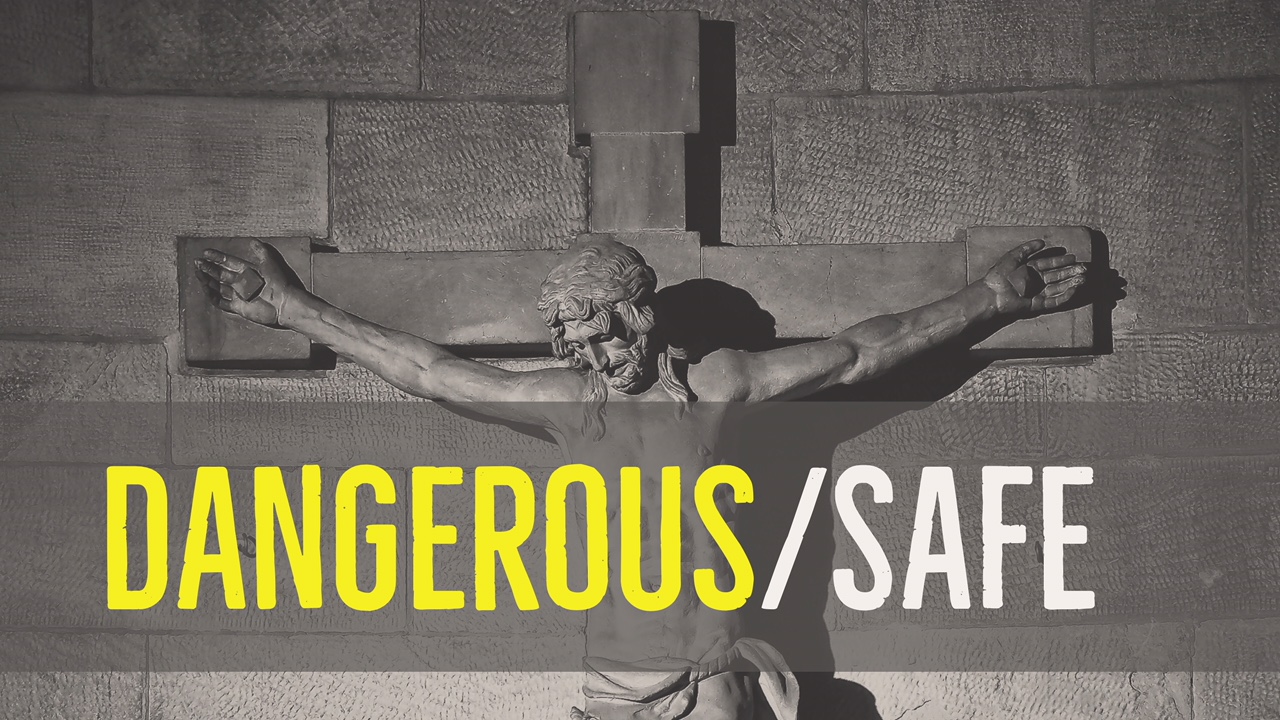 There’s a famous scene in the story The Lion, The Witch, And the Wardrobe where the kids ask if Aslan — C.S Lewis’s version of Jesus — is a ‘safe’ lion. The reply is ‘he’s not safe, but he is good’… is equally true about Jesus. 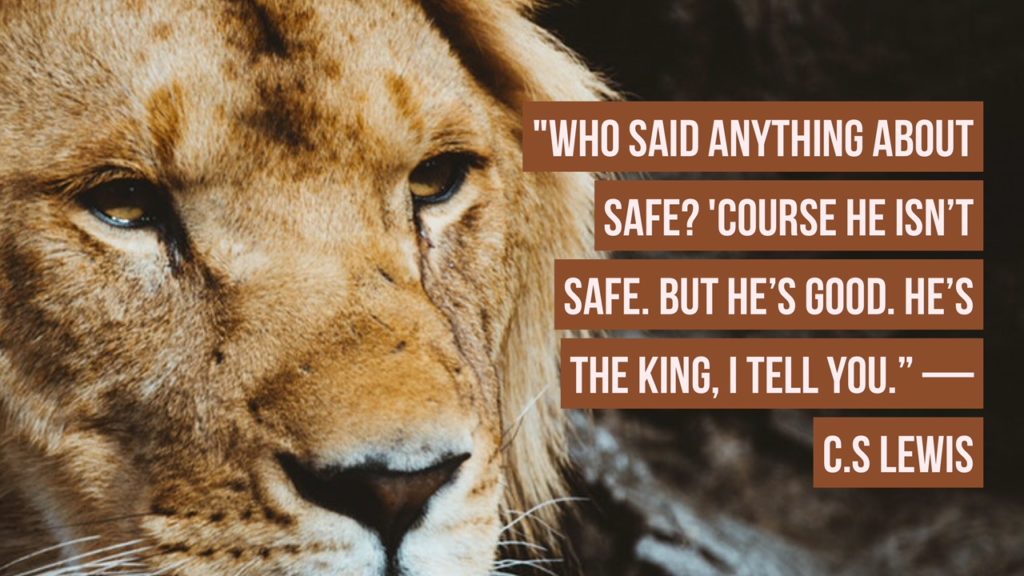 Jesus is not simple domesticated figure from history who you bring into your life because he is tame and house trained. Jesus is not safe. Too much stuff about him tries to make him ‘domesticated’, the sort of God you might turn to like an ATM to support your life and to live well on your terms.

Jesus is not safe in that sense. Or tame. Or simple. When he calls himself the ‘good shepherd’ he’s talking about a profession where you had to be able to fight off wolves and lions… he is strong, he holds the universe in his hands, and yet he is good.

He is strong, and yet those hands were fixed to splintery timber by metal spikes so that he died an excruciating death that was meant to be humiliating. He looked weak and yet this was a different kind of power on display.

The Bible explores this paradox by calling Jesus both ‘the lion’ and ‘the lamb’. Paradoxes create some pretty crazy mixed metaphors but as we dwell on this imagery and let it fire up our imaginations we get a pretty compelling picture of a person who is both dangerous in terms of the power he wields — dangerous for those who oppose him — and yet safe for those he uses that power to protect.

Imagine inviting someone like this into your home. Into your life. You don’t expect the status quo to be maintained, or that you are setting the agenda for what they require — but life certainly becomes better if it’s true that this person, this king, never acts out of self interest but always ‘for the good of those who love him’… here are some things Paul said after his life was turned upside down by Jesus (Paul started out as a dangerous guy who travelled the Roman world killing Christians on behalf of the Jewish establishment). The change in his life — from ‘lion’ to ‘sheep’ was astounding. He was able to write this because Jesus is dangerous, he didn’t leave him as he was, he turned his life upside down — but also because Jesus is safe — he didn’t use his power to destroy Paul even though Paul had been seeking to destroy his followers.

And we know that in all things God works for the good of those who love him, who have been called according to his purpose. For those God foreknew he also predestined to be conformed to the image of his Son, that he might be the firstborn among many brothers and sisters. And those he predestined, he also called; those he called, he also justified; those he justified, he also glorified.

What, then, shall we say in response to these things? If God is for us, who can be against us? He who did not spare his own Son, but gave him up for us all—how will he not also, along with him, graciously give us all things? 33 Who will bring any charge against those whom God has chosen? It is God who justifies. Who then is the one who condemns? No one. Christ Jesus who died—more than that, who was raised to life—is at the right hand of God and is also interceding for us. Who shall separate us from the love of Christ? Shall trouble or hardship or persecution or famine or nakedness or danger or sword? As it is written:

“For your sake we face death all day long;
we are considered as sheep to be slaughtered.”

No, in all these things we are more than conquerors through him who loved us. 38 For I am convinced that neither death nor life, neither angels nor demons, neither the present nor the future, nor any powers, neither height nor depth, nor anything else in all creation, will be able to separate us from the love of God that is in Christ Jesus our Lord. — Romans 8:28-38